Software Company in a Hardware Store: A History of the Silverchair Offices

Since our founding in 1993, Silverchair has been located in Charlottesville, Virginia, employing over 120 professionals with a unique combination of skills – technology, product design and development expertise, and STM market knowledge – from our open, team-centered offices on the downtown pedestrian mall. Charlottesville is a historical icon in Central Virginia. Unsurprisingly, the building that houses Silverchair (known as The Hardware Store) also has a unique position in Charlottesville’s own history.

The Charlottesville Hardware Company was built in 1890, and quickly became a center of activity for the town. It was dubbed "Old Reliable" because it carried everything the rural residents could want: hammers, seeds, auto supplies, and even our first telephone service. Massive wooden shelves and balconies held literal tons of anvils, hammers, and farm implements.

The picture below shows East Main Street in the early 1900s. The Hardware building, far down the right side of the street, is marked by its steeple-like tower. In those days, Main Street had very little traffic, either of pedestrians or vehicles. Times changed, though. In 1975, entrepreneurs Stan and Marilyn Epstein bought the building for a mere $130,000. They revamped the space and opened a restaurant named "The Hardware Store" to capitalize on the city's fondness of the place. At first, people mocked the Epsteins, insisting they had six months before going broke, because downtown Charlottesville was anything but a hub of activity.

Luckily for Silverchairians, this was the beginning of the Cville food revolution. Restaurants were popping up all around the downtown area, and people responded with enthusiasm. The Hardware Store gathered a following of people drawn to their old-fashioned atmosphere and modern menu.

But the Epsteins weren't only known for their affordable, delicious food. Friendliness and a genuine love for the community showed through everything they did. Not only did the Hardware Store hold on to its predecessor's reputation, it leaned in to shape the community. City Hall called them the "Incubator" because they let 40-50 promising small businesses rent out spots in the basement, shops that once earned a visit from Muhammad Ali.

When the Epsteins finally sold the building in 2007, it was redeveloped to allow for more ambient light, and to get rid of ancient mustard packets and price tags for tools. Silverchair moved in to the upper floors, and the building has become an emblem for our company for years. The Hardware Store's incredible (if treacherous in heels) wooden staircase 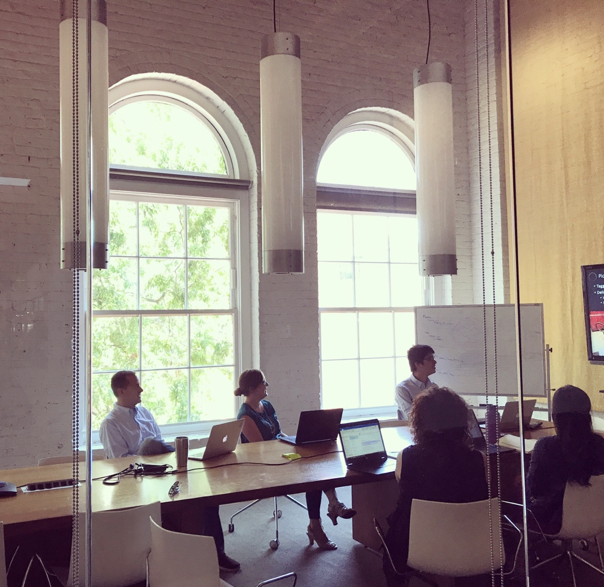 The original brick still shines amidst the modern upgrades

This building has meshed the beauty of tradition with innovation in a pristine manner that reflects the culture of our company. They say that architecture reflects the values of a society – the design and history of this building truly highlight the dynamics of our workplace and our commitment to our community. The photograph above highlights the drastic transformation of the downtown mall, where pedestrians now roam around the street and enjoy the beautiful scenery. Tourists, students, local residents, and workers alike treasure the spirit that is alive and greatly exemplified in Charlottesville.

If your travels bring you to the area, we welcome visitors in our offices – get in touch!

See below for before-and-after photos from the 2007 renovation. 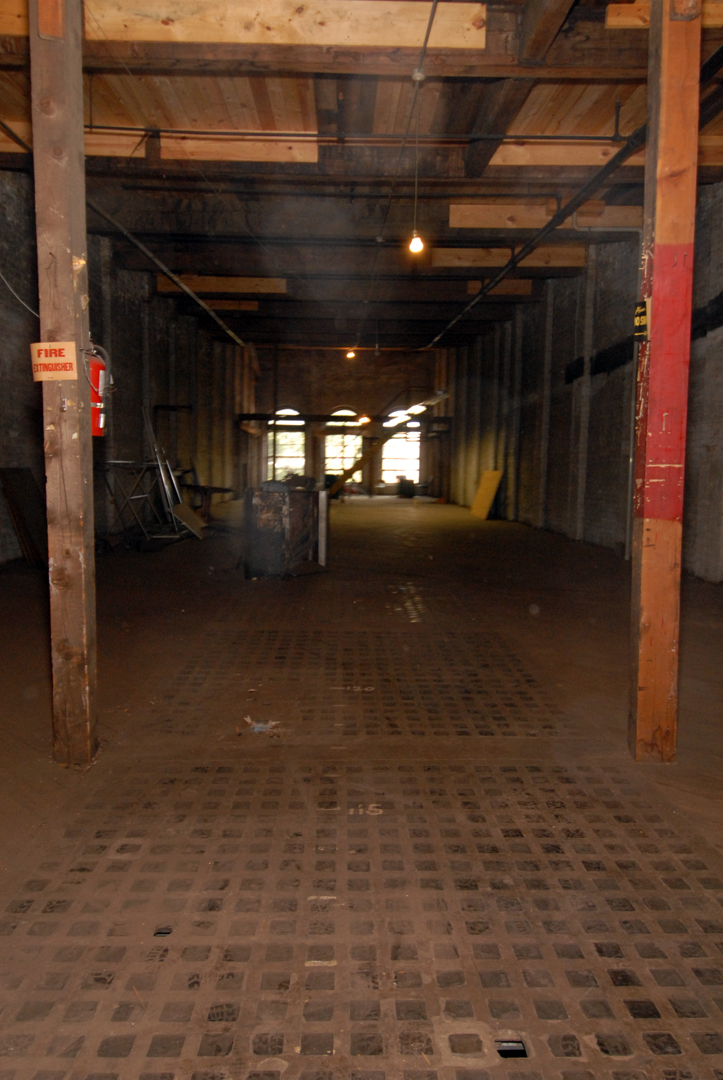