Developing Developers: The Paths to Coding Software as a Career

If a healthy salary, job satisfaction, and super-low unemployment rate are high on your priority list, a career as a software developer might be for you. For the second year in a row, Software Developers ranked #1 in U.S. News and World Report's 100 Best Jobs, beating out healthcare jobs like registered nurses and even doctors. This is because digital technology has become such an integral part of our daily lives. 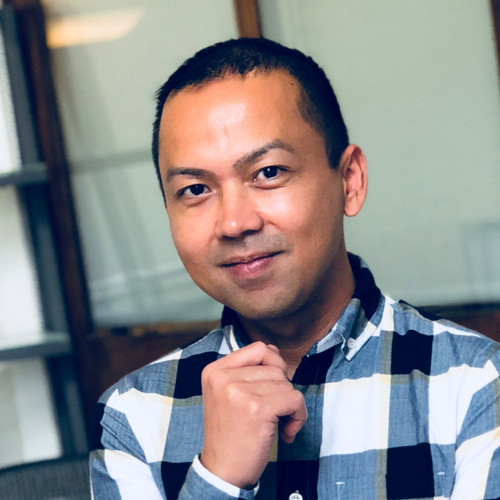 Silverchair’s 25 years of experience have taught us that there’s no single path to becoming a developer. People join our team from a variety of backgrounds and career paths, and that variety is a part of what makes our teams so creative, dynamic, and effective. Below, we offer a high-level overview of what it means to be a developer, insights from some of our team members, and resources for your journey to software development.

What do software developers actually do?

Software developers design and implement myriad technologies we use throughout our day. From the alarm on your smart phone that wakes you up in the morning, to the GPS and tech in our cars, and from the computer interfaces we use for school and at work to the social media and music apps on your smart phones, we constantly interact with tech created by software developers.

What is a typical day like for a software developer?

The best software developers are creative and innovative. They have the technical ability to carry out projects from ideation to completion. They write code, maintain and improve existing code, and test for bugs in software. This type of work might seem highly independent, but developers actually spend a lot of time collaborating with others, including fellow developers, managers, and clients. Software developers are natural problem solvers and possess strong analytical skills and the ability to think outside the box. Many software developers work in an office, but remote work is also a benefit offered by many companies.

How do I become a software developer?

Software developers typically have college degrees in computer science or related disciplines, but many are also self-taught. We asked some Silverchair developers about the path that brought them to our offices:

“I am a Technical Leader and have been in software development for 20 years, the last 10 here at Silverchair. My career path began sophomore year in college as I was working with my advisor to pick out a major. Initially I was thinking about accounting but after taking some entry classes in both fields and reviewing the job market I decided on a Management Science and Information Technology degree.  This led to my first programmer job and I’ve been going between programming and tech lead ever since.” – Andy, Technical Lead

“I started out at Silverchair as a Client Services Analyst. I already had some background in programming, so with mentoring and the support of colleagues, I was promoted to a developer position after a year. It was great to get familiar with our platform and code base as an analyst, and a few years later and I’m still growing and learning as a developer! As a developer, I help find and create solutions for our client's needs on the platform's content tools. My team's Product Owner and Business Analyst refine requirements for new features and bugs and I follow through with development so our tools can execute those requirements.” –Katelyn, Software Developer

“I studied Human Services and worked for 5 years at a nonprofit serving disabled adults. I then became a public-school teacher and taught English Learners for 7 years. I am now a software developer working primarily with data. I’m often asked to compare these experiences or somehow connect them. I’ve come to realize that each field expresses a different part of who I am and challenges me to become better in new ways. I began learning software development by creating a game on Unity 3D. I spent a week on Coursera learning the basics of object-oriented programming and then started a 3-month quest to publish an actual game app. I found game development to be perfect for understanding object-oriented development. The characters, the ball, the play button: they are all objects that I can see and wrap my head around. And of course, making games are fun! Software development is not for everyone. But if you’re thinking it might be fun, I’d say go for it! Don’t think you’re not smart enough. Don’t think you’re too old. Just start programming.” – Josh, Software Developer

Where should I start?

There are many interactive platforms online (some free) that offer coding classes in various programming languages. This article offers an insightful overview of which languages and technologies you should focus on, depending on your desired area of specialty.

The Bureau of Labor Statistics projects 30.7% employment growth for software developers between 2016 and 2026, creating an estimated 255,400 jobs. If you would like to learn more about being a Software Developer at Silverchair, let’s talk.

Learn more about living in Charlottesville, Silverchair’s company culture, and current openings on our Careers page.